The films listed below are the ones that the group members have seen. Like most people tastes vary as does the ability to watch graphic footage of animal cruelty.

All of us at some time have watched or read about some level of cruelty, which is why we have chosen a vegan lifestyle or are on the way to changing.

Many vegans decide not to watch any graphic films once they are living as a vegan.  Whereas others feel it’s sometimes necessary to remind themselves just why they are vegan.

Many of the films below are inspiring and have plenty of information in them, with just a few images of cruelty.

If you have young children, then it’s advisable to watch the film yourself before sitting down to a family viewing.

Although it’s highlighted if there is graphic footage, everyone has their own view of what graphic actually means.

A new film that explores why most of the leading environmental organizations refuse to talk about the biggest cause of the environmental problems, animal agriculture.

It’s interesting to watch the reactions of the people when asked questions posed by the film maker, about this and other problems that link in with it.

The film is very informative on how living as a vegan is one of the best ways to prevent so many of these problems.

With very little animal footage,  this film is a good one to show non vegan people who wouldn’t be prepared to watch a film which contained animal cruelty.

Ghosts In Our Machine      www.theghostsinourmachine

A few scenes  of cruelty but mostly in the background, rather than full on.

Another fairly new film, it follows Jo-Anne Mcarthur an animal rights photojournalist as she goes undercover to investigate fur farms.

The footage of Jo-Anne at the fur farms is powerful rather than graphic. You also see her spending time at an animal sanctuary where she is putting together her book containing a selection of her photos. 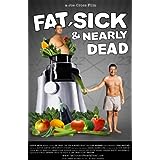 There is no graphic footage in this film. A really interesting film about an Australian business man who travels round the USA whilst on a 60 day juice fast.

He has some chronic health problems and sets out to see if this fast can heal him, as so far regular medications and treatments havn’t proved successful.

Along his journey he meets various people, including one particular guy who he saw was very like himself. He was in desperate need to change his way of life, so together they decide to take on the challenge of the juice fast with the Australian guy being the mentor.

What follows is both Amazing and Inspiring.

It has been given the nickname ” The Vegan Maker ” !! 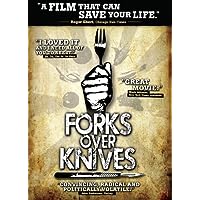 No animal cruelty in film. This film is very fact based, which is provided by leading experts on health.

This is a good film to watch if you need to remind yourself why you are vegan, or to show someone who has health and fitness as their main reasons for considering veganism.

The information isn’t so overwhelming that it goes over your head. All in all an interesting film for anyone.

Filmmaker Louie Psihoyos and former dolphin trainer Richard O’Barry document the abuse of dolphins by fishermen in the Japanese coastal town of Taiji. In the 1960s, O’Barry enjoyed a lucrative career as a specialized animal trainer. He captured the dolphins that were used in the popular television series “Flipper” and taught them the tricks that made the show a hit. Four decades later, O’Barry has renounced his work as a trainer and dedicated his life to exposing the slaughter of dolphins. 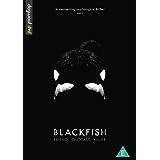 This film contains live footage and interviews  from staff that worked with the performing killer whale Tilikum. Also with eye witnesses who saw Tilikum attack and kill members of staff who worked in the park where he was held captive.

It highlights the dreadful conditions that these large animals have to endure and the damage that is done psychologically when they are forced to live in within a park often in isolation as ultimately Tilikum did.

Although there is no graphic animal scenes the live footage of the attacks may upset some people. 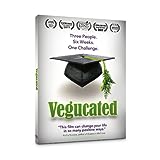 Three omnivores from various backgrounds try Veganism for 6 weeks in this light-hearted and, at times, comical film. They learn that Veganism isn’t a cult, there are health benefits associated with the lifestyle, living conditions of animals are extremely poor on production farms, the environment suffers from livestock farming, and making lifestyle changes that go against the norms of culture and society can be difficult at times. Along the way, they explore which foods are vegan and which are not, including some surprising comfort foods such as: Chocolate Chip Teddy Grahams, and Oreo cookies! They also make a spontaneous covert visit to a farm to see if the claims of animal cruelty hold up at any given farm (they do). Families also prove to have some difficulties or reservations about understanding and accommodating the Vegan lifestyle. They share laughter and tears on their journey, which isn’t always easy.

This film is very thought provoking. As it interviews people who previously were cattle  and goat ranchers, but now are vegan, as they  began to realise over time the reality of what they were doing to their animals that they ” loved”.

There are plenty of beautiful scenes and stories about people who rescue animals as well as some that are quite graphic.

It’s good to know that many animal ranchers/ farmers that go back generations can actually change to a vegan way of life once they  face the reality of what they are actually doing.